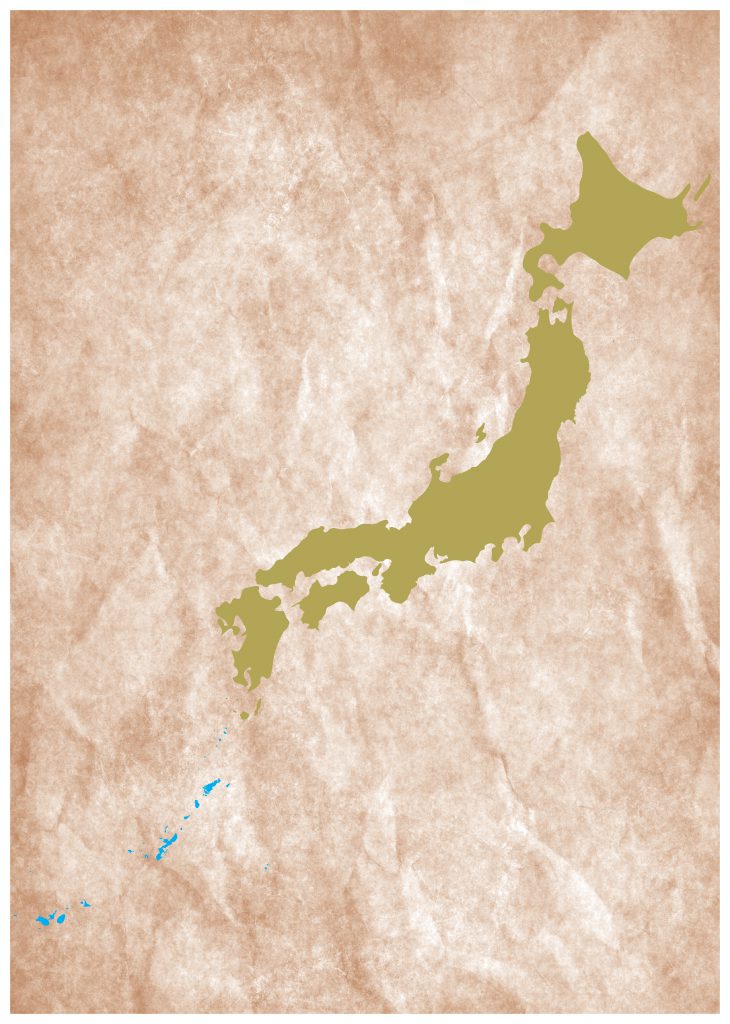 The birthplace of karate, Okinawa (which means “rope in the open sea”) is often dubbed the tropical paradise of Japan, attracting worldwide attention for its beaches and warm climate. It is Japan’s southernmost prefecture and can be divided into three major island groups: the Okinawa Islands, the Miyako Islands and the Yaeyama Islands. The islands have a tropical climate, so it is a great destination for those seeking time out on a beach. Even in the usually cold winter months of January and February, temperatures average 20°C. This means that the cherry blossom season arrives much earlier in Okinawa than the rest of Japan, arriving in January compared to April or May.

The Okinawan people are one of the world’s longest-living people: its residents have less diseases in comparison to other countries around the world, and Okinawan women live longer than anywhere else in the world! This is not so shocking when taking into account the fact that Okinawan cuisine is recognised as one of the world’s healthiest. Some popular, local dishes are Okinawan Soba (noodles) and Goya Chanpuru (a delicious stir fry dish made with the bitter superfood goya).

There is no denying that every aspect of Okinawa is unique and incredibly beautiful: visiting it is an undoubtedly enriching, lifetime experience. There is an abundance of marine wildlife: coral reefs, whales, dolphins, sea turtles and more! This makes snorkelling and scuba diving some of the top activities in Okinawa, along with diving, sailing, surfing and fishing – there are many outdoor activities.

Not only does Okinawa have a unique aesthetic but it also has an uncommon history. Okinawans regard themselves as different from the mainland Japanese, proudly calling themselves uchinanchu (“sea people”) in their local language. They also have many customs and traditions not found in mainland Japan: one to keep your eye out for is the shīsa (guardian lion-dogs). These figures are placed on the roof or gates of almost every house: one with its mouth open to catch good fortune and the other with its mouth closed to keep good fortune in.

A reason for the Okinawans’ dissociation from mainland Japan is heavily linked to resentment due to their mistreatment in World War Two. Heavy bombardment and suicidal Japanese tactics, such as using civilians as human shields, killed a quarter of the Okinawan population at the Battle of Okinawa alone. Though tragic, this leaves Okinawa with a rich history and much for humanity to learn from. Those interested in war history may visit the Peace Memorial Park or the Himeyuri Peace Museum. Additionally, many temples, shrines and palaces from the Ryukyu Kingdom still stand. The Shuri Castle and Ruins of Tamagusuku, for instance, are recognised as UNESCO World Heritage sites.

Heartland JAPAN offers the following tours in the Okinawa region. Please have a look!